We have around a dozen layers of content to work with. Two shots for each full take of the song, both were successful. Footage of Kenzie on her drums, Madisyn singing, Nic and Maxx together, and more of just Nic on his solo. It was a great amount of video to make a compelling and interesting performance cut of the Saving Herald group. This has definitely been the largest scale project I've had the opportunity of working on, and the amount of footage is insane! 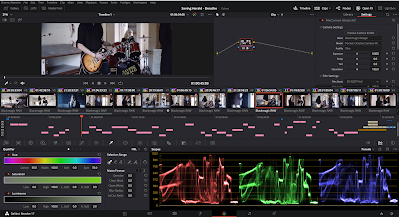 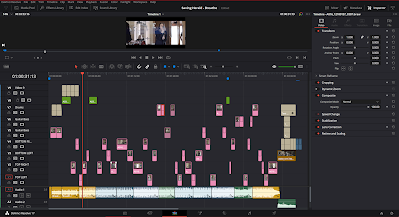 Given that the song is only four minutes, and after hyper analyzing the song for the last three consecutive days, I've come to the conclusion that while we don't have the sufficient duration to blend in a fully flushed short story like I did with Jay Moon, it'll mean some super eye-candy cinematography to throw into the middle parts of the video.

Here's a rough draft of the video so far! I've made further edits to the video since this upload. I've saturated the footage more which provided a more pleasant and organic look, and I also altered the opening and closing credit sequences to make more sense. I'm super excited for what shots we'll come up with, and I'm hoping to use some creative techniques in the pool water (iPhone with water bag) to make something spicy.

Gianna's opening a twitter account and has begun to post teasers and announcements for the production! I'll link it in a new blog post once I get my hands on it, as it's still being worked on.