Printing and a Set Schedule

Ok, after sleeping on the album art for a while, I took a look and revisited it. It needed a couple tweaks, and that was ok! After cleaning it up in Photoshop today to get that more mature look, I threw it on a flash drive today and drove over to the local Office Depot to get my prints made. Oddly that took around two hours of patience, but I got two 12.373in squared copies made, laminated. This way we can have a spare without having an emergency panic trying to get another.

Got some tape and a little bit of glue to finish it on top of some old vinyl that we had grabbed from Goodwill, and we pieced together our print! Had to take it outside to bath it in a nice exposure to highlight it's success. I think it looks pretty dang solid. Does a vinyl even make sense for a single song album? No. Does it still look dope? You bet. 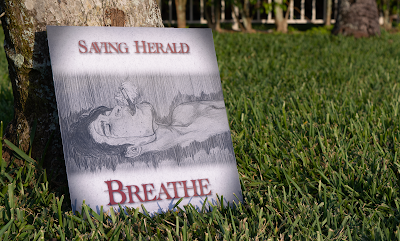 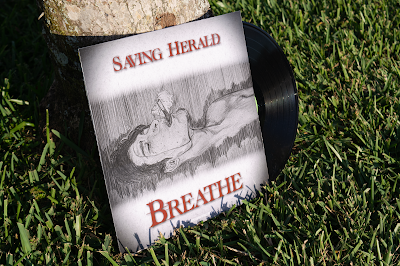 Not too shabby, aye?

I did end up hearing all from of my select crew and Saving Herald by the end of today. After Gianna was on the phone with their friend Ezra and then Maxx, a great idea was compiled! Long story short, we are using some recently purchased, letter shaped non-floating balloons for the set. They have a collection of colored balloons of all sorts of variations at the Party City near Sawgrass Mall, so we ran by today before they closed! This was great and we got what we needed. Since these don't apply any helium, we're going to suspend them from the ceiling using a good ol' ladder, duck tape, and string. With this utility, the word "Breathe" will be in the set background. Fancy. 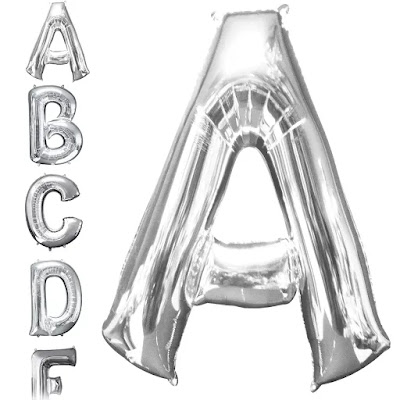 Right now I'm prepping gear with Gianna, making sure everything is NASA-level ready for launch! Instead of a big ass rocket, it's just my minivan doing what minivans are built for. Comfort and transport.

I'm nervous, and more confident that the group won't flake on us, as Gianna has said they are quite excited too. Tomorrow will be the beginning of our promo period on social media and our produciton!